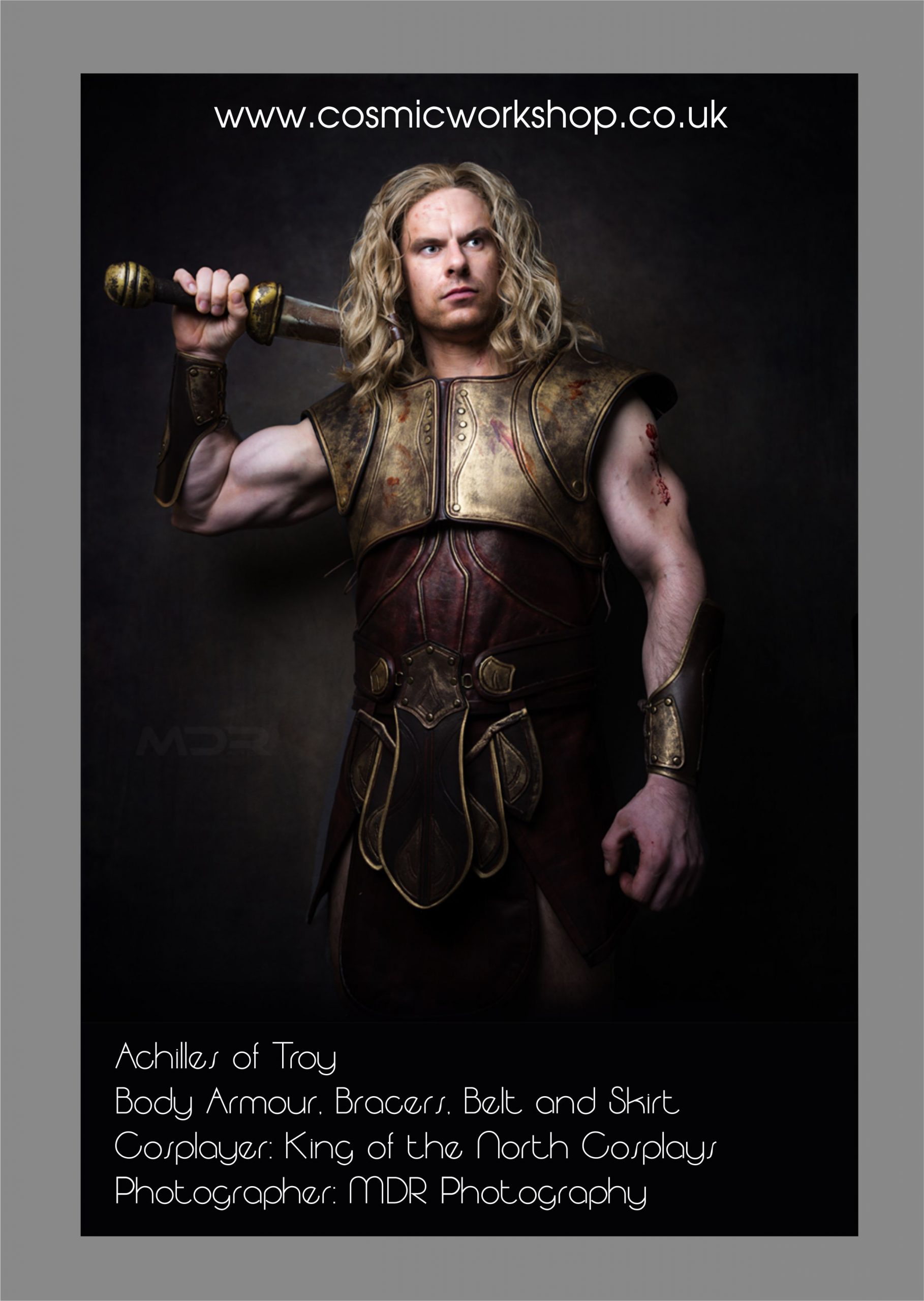 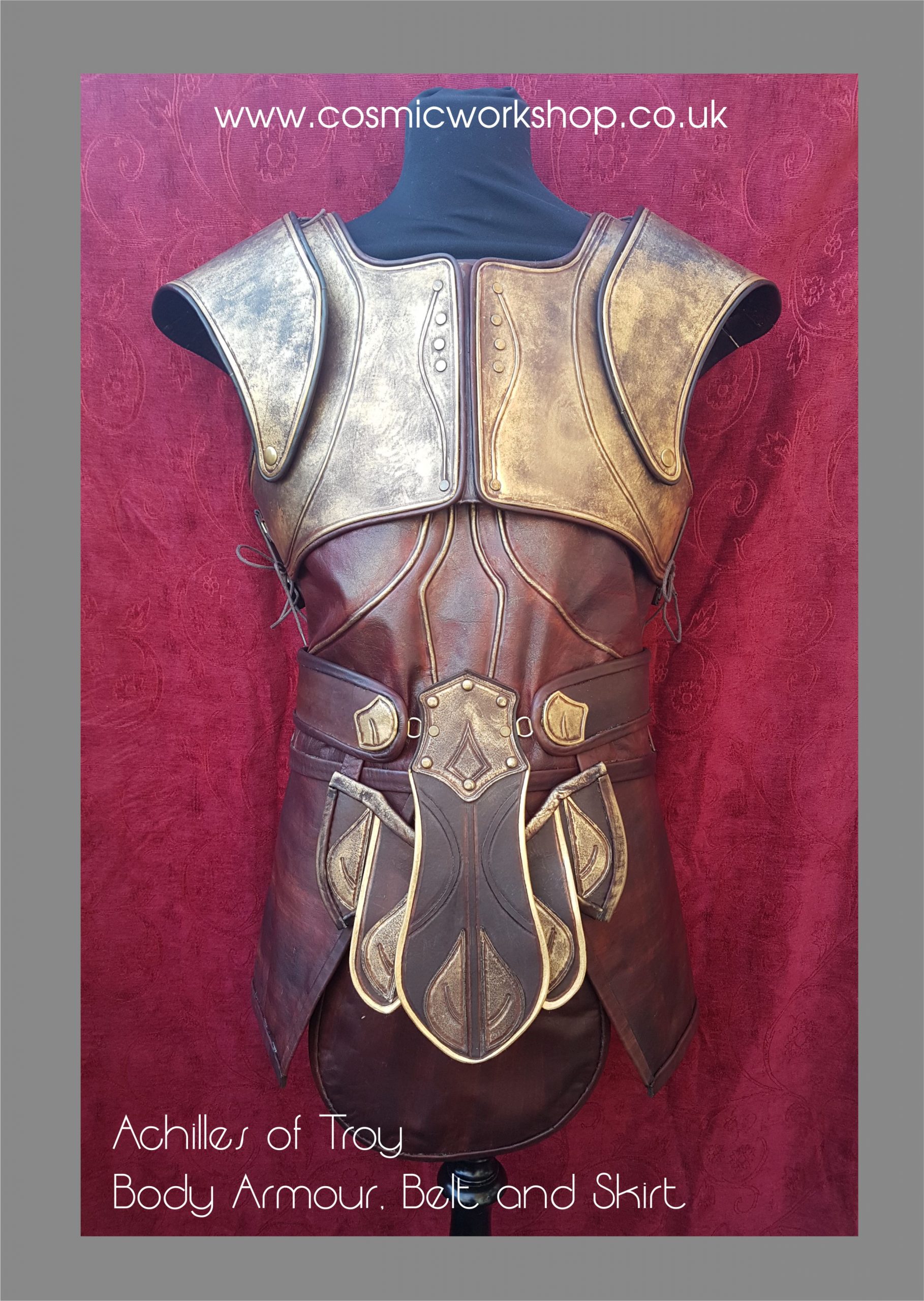 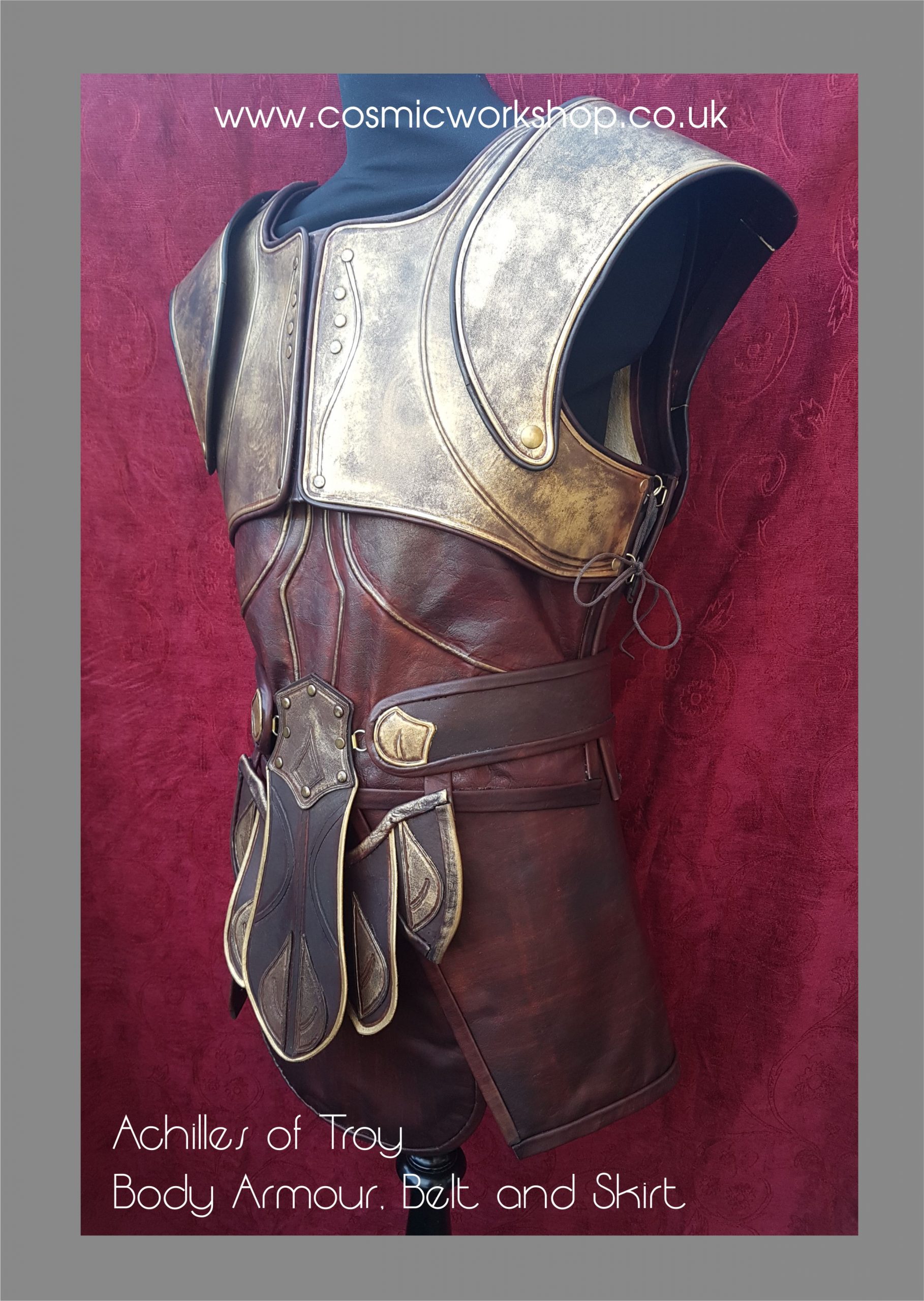 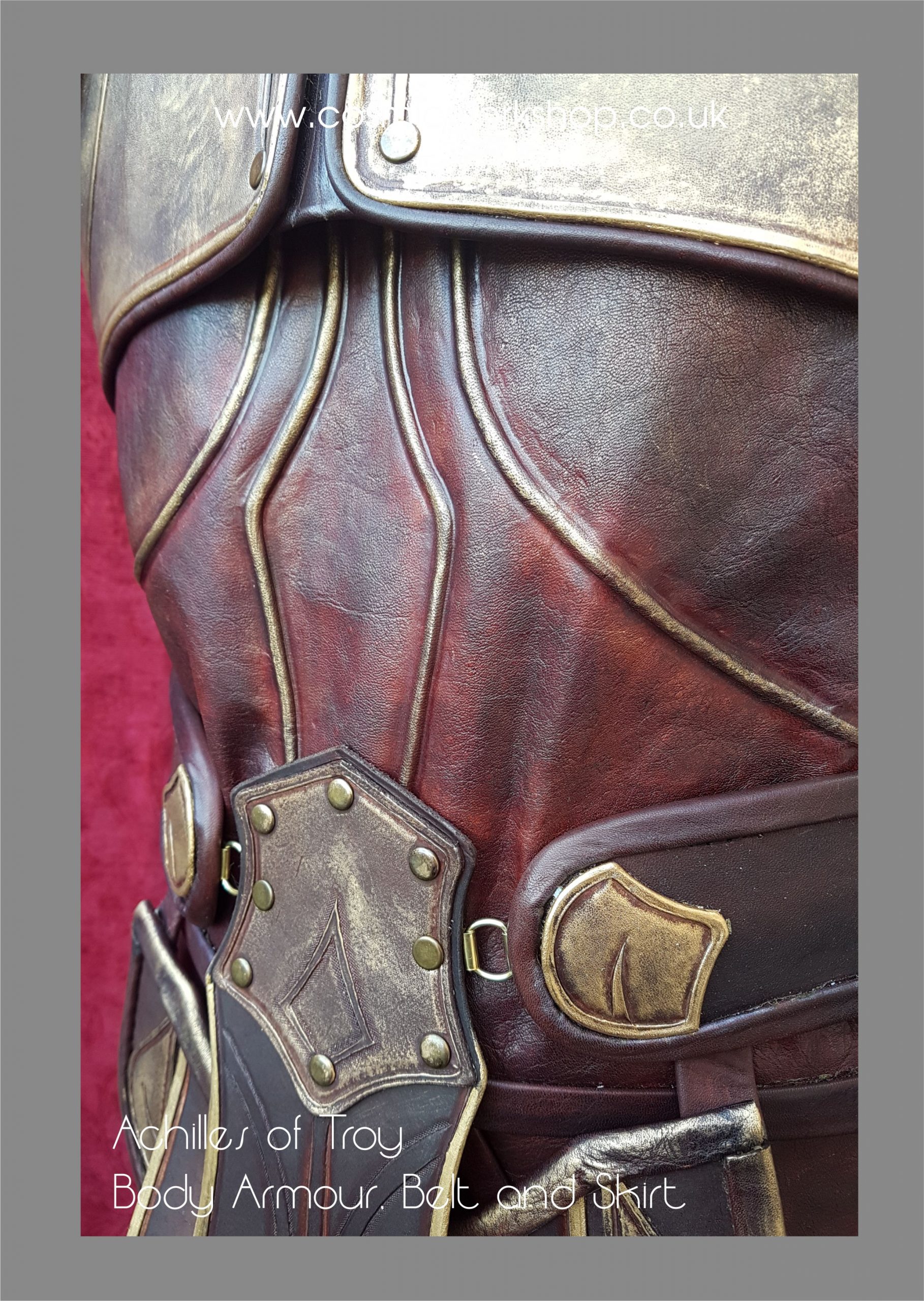 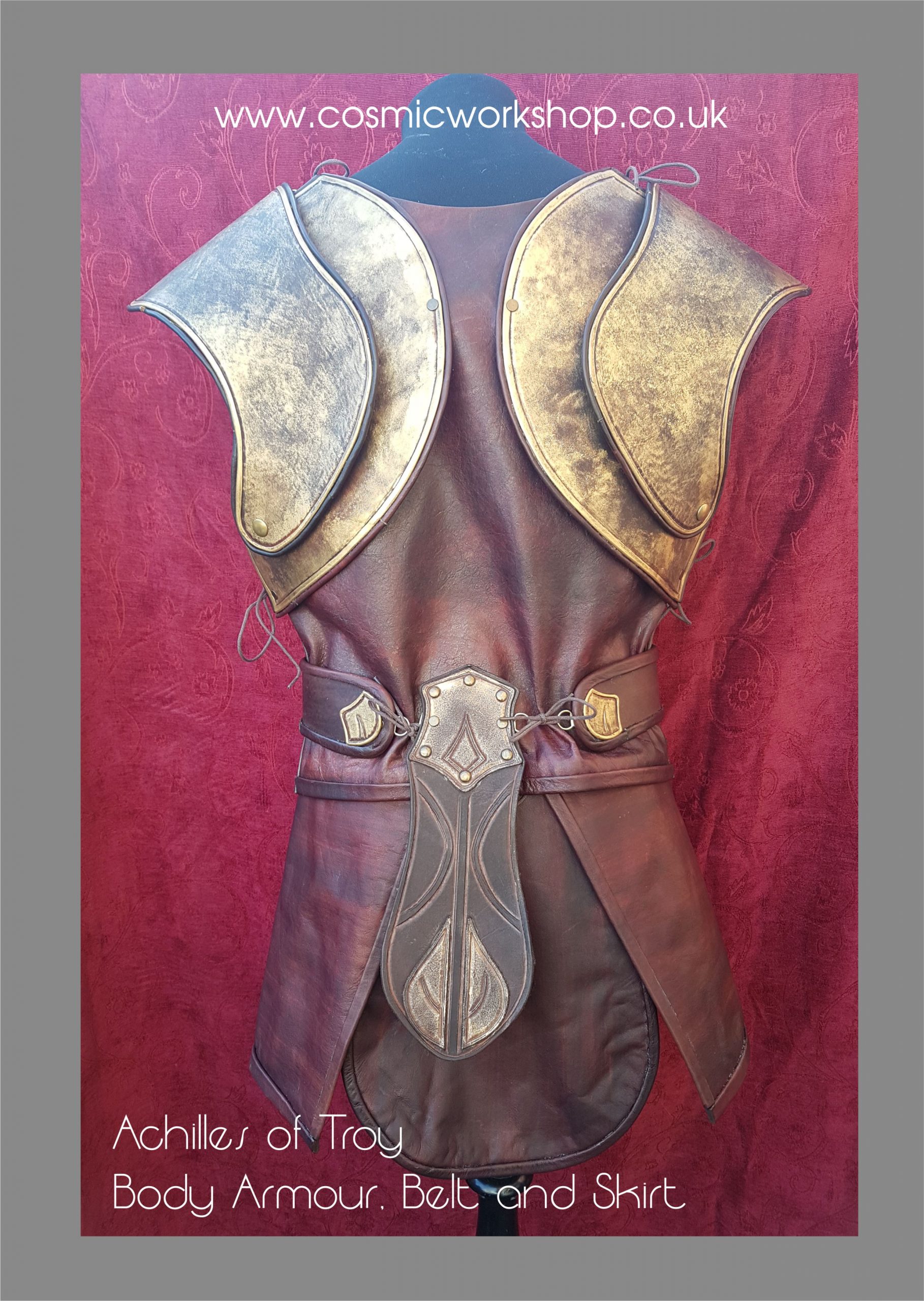 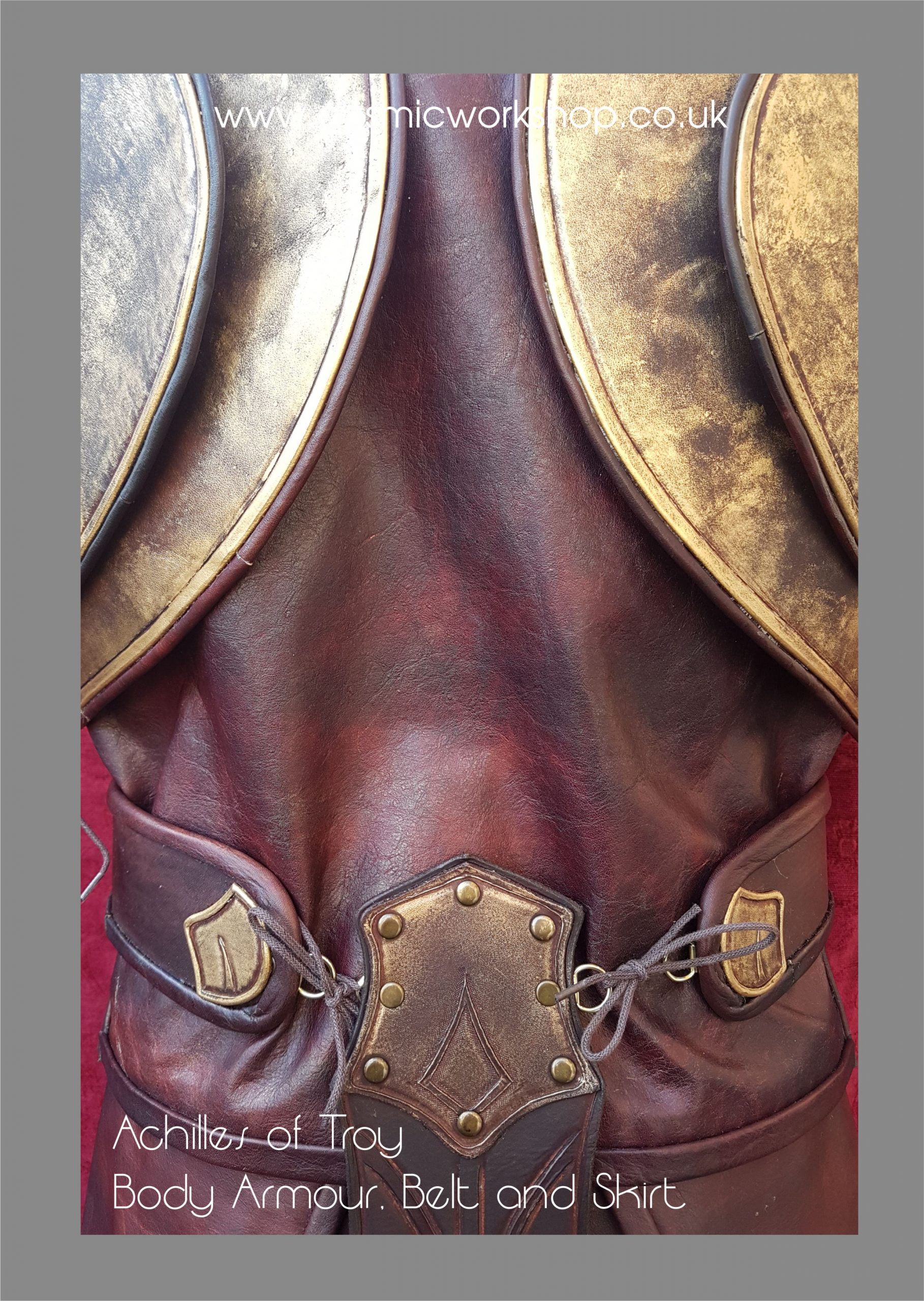 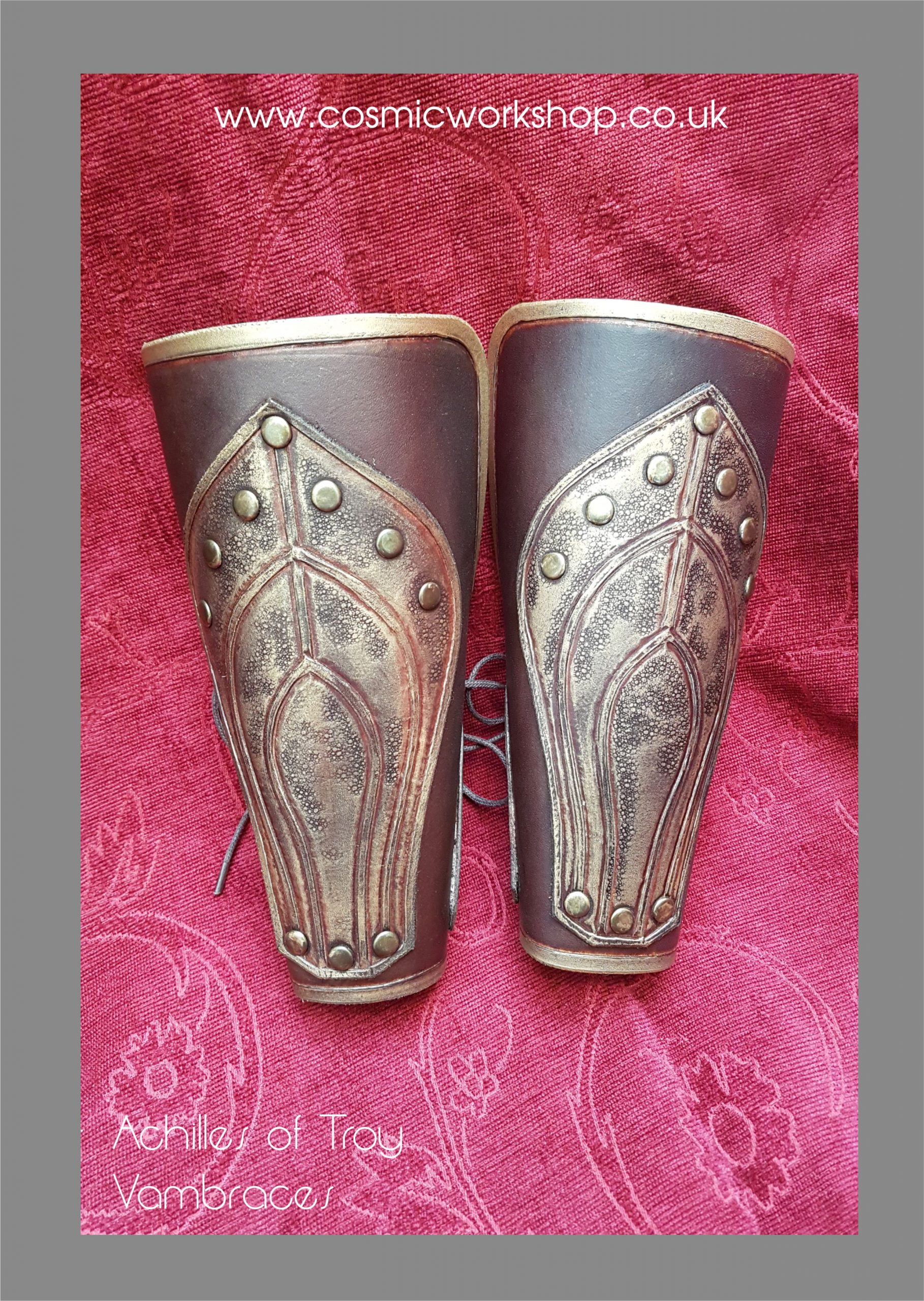 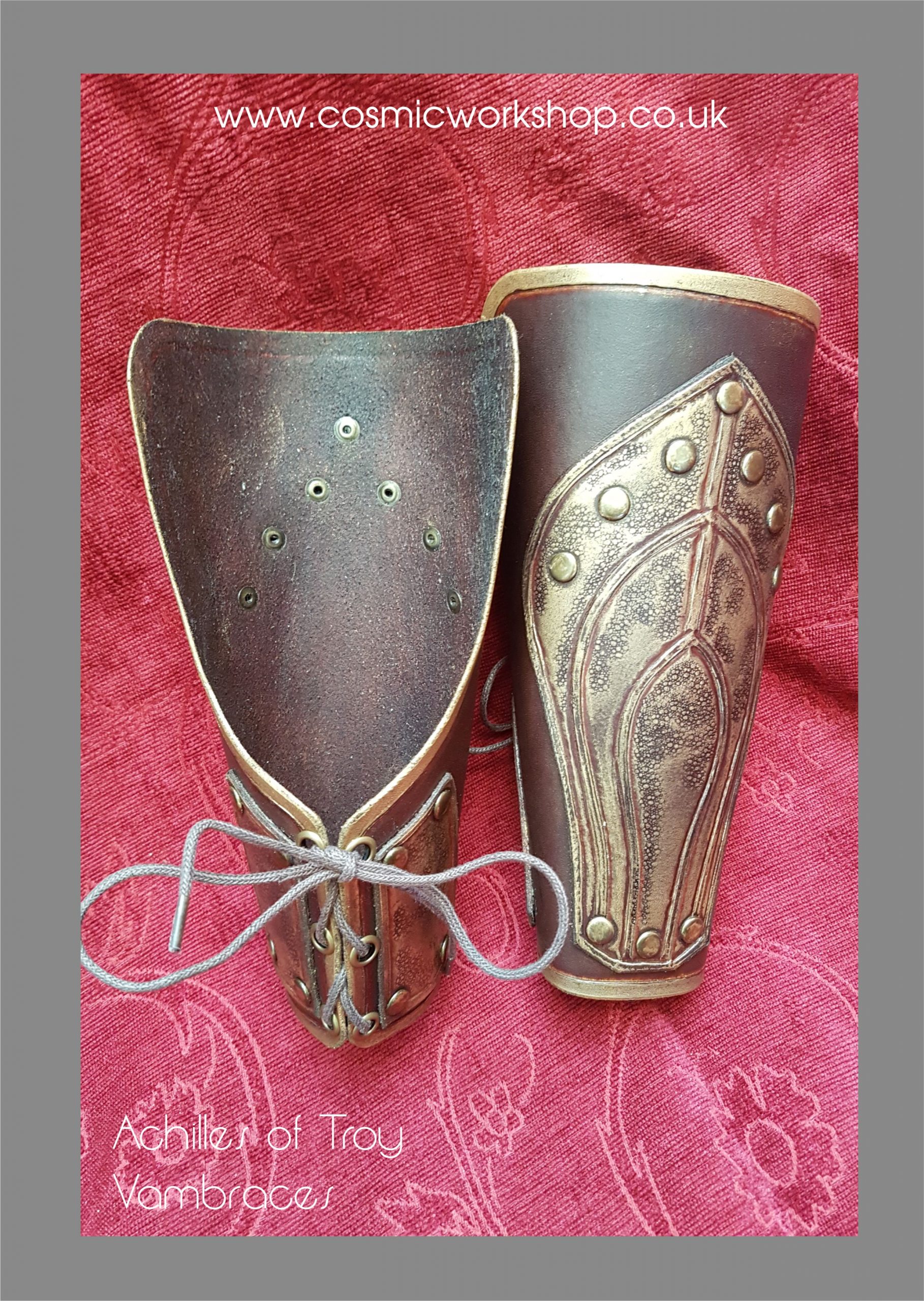 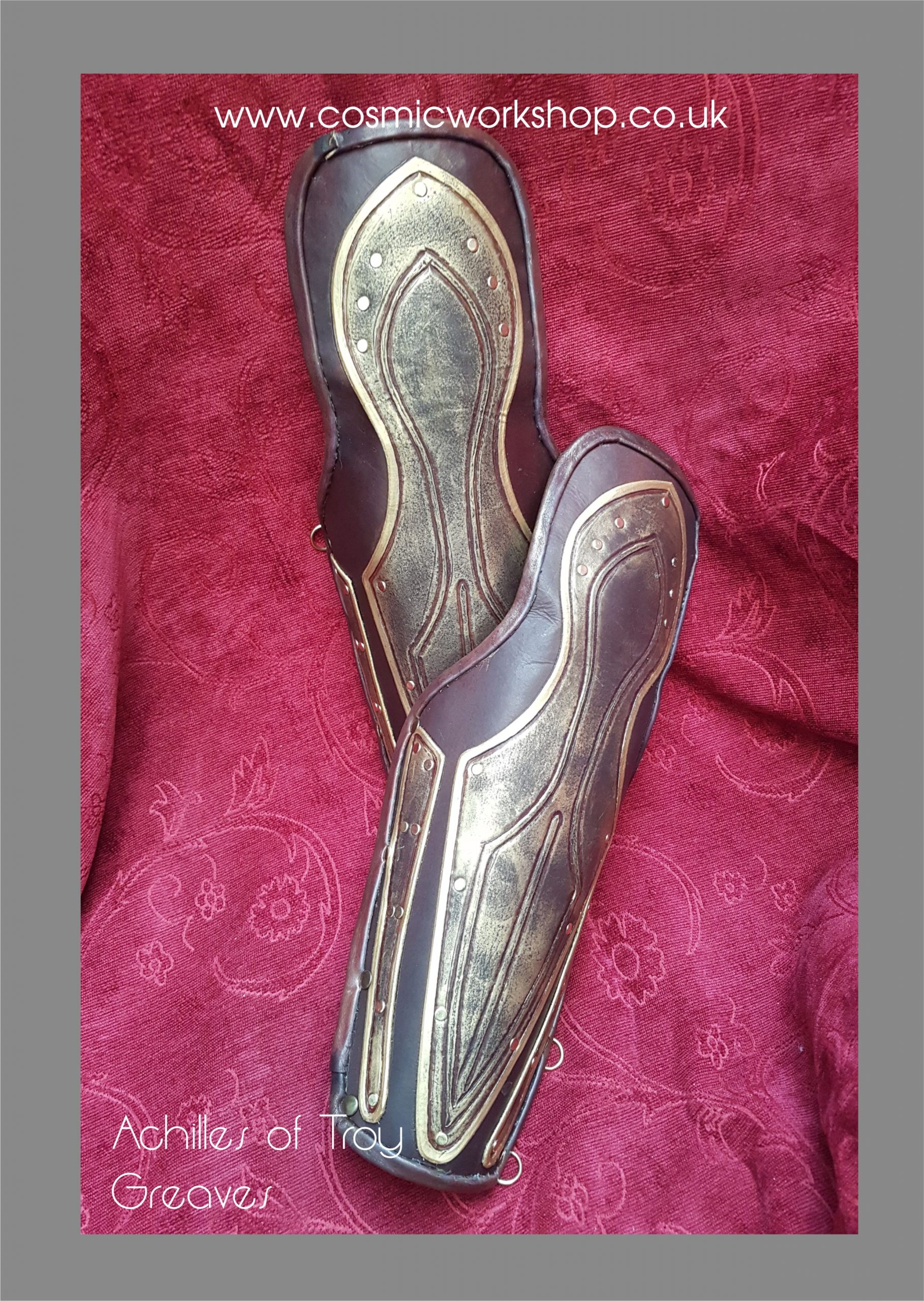 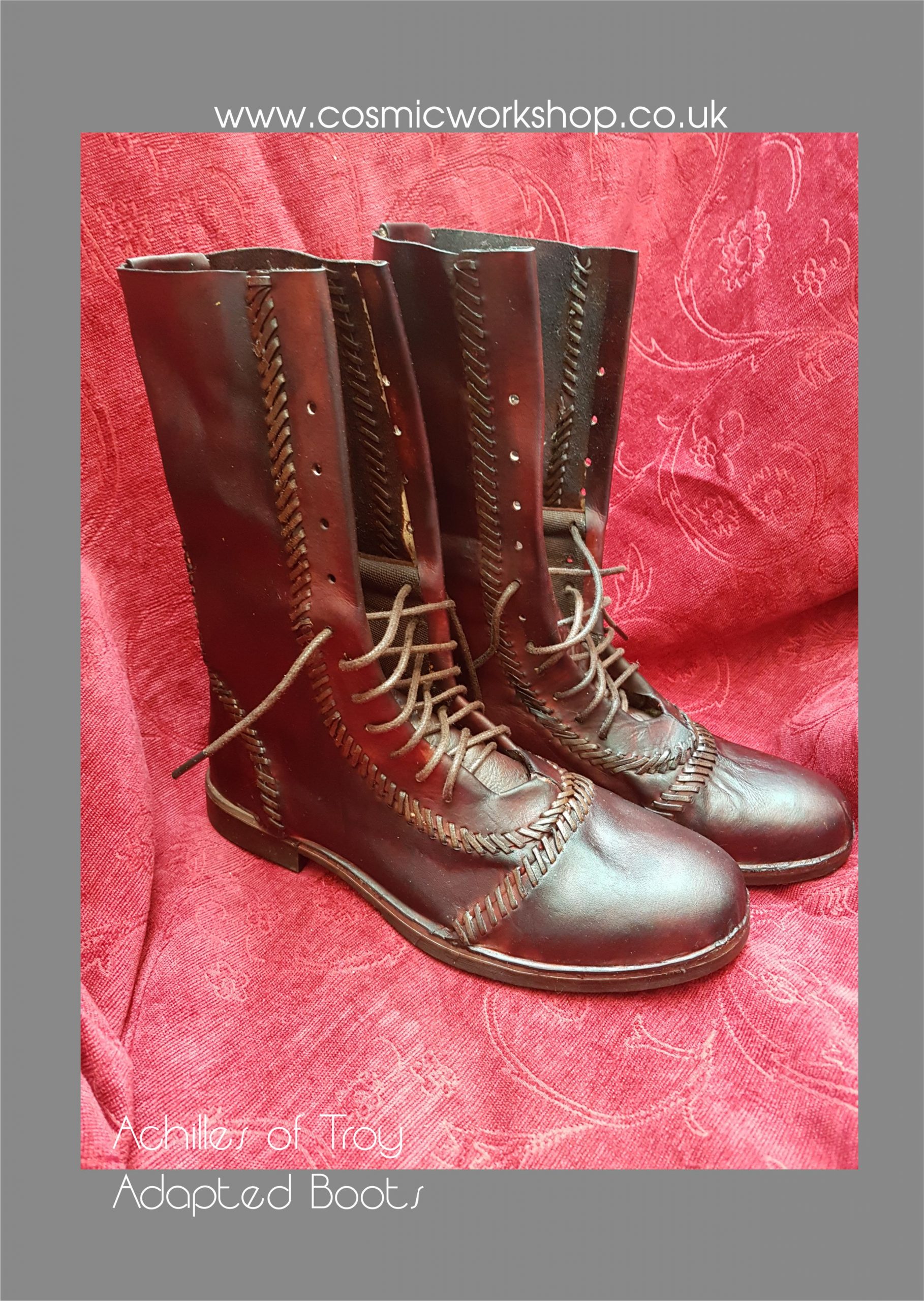 This was one of the first big custom orders we took on once we started creating cosplay leather work and it’s still got a fond place in my heart and several strange embedded memories!

The more prominent memory is of making seemingly endless lengths of leather piping while watching Neil Gaiman’s Neverwhere (BBC TV adaptation) on repeat.  To this day I can’t hear those sound effects and bits of score without thinking of glue fumes hahaha

Anyway, one of the best things we conquered while tackling this, was making leather look like metal, and have it be a little more hard wearing than just gold rub n buff (which has a tendency to melt off onto the wearer during hot weather).

Although ownership has since changed, Chris had plenty of fun in this costume, including being featured in the Cosplay Journal (issue two) as part of our interview.

The boots were existing designs that were adapted using overlays and lacing to create a look more in tune with the ones worn in the film.  They were also lengthened as you can kind of see in the image, the existing boots were only ankle height.